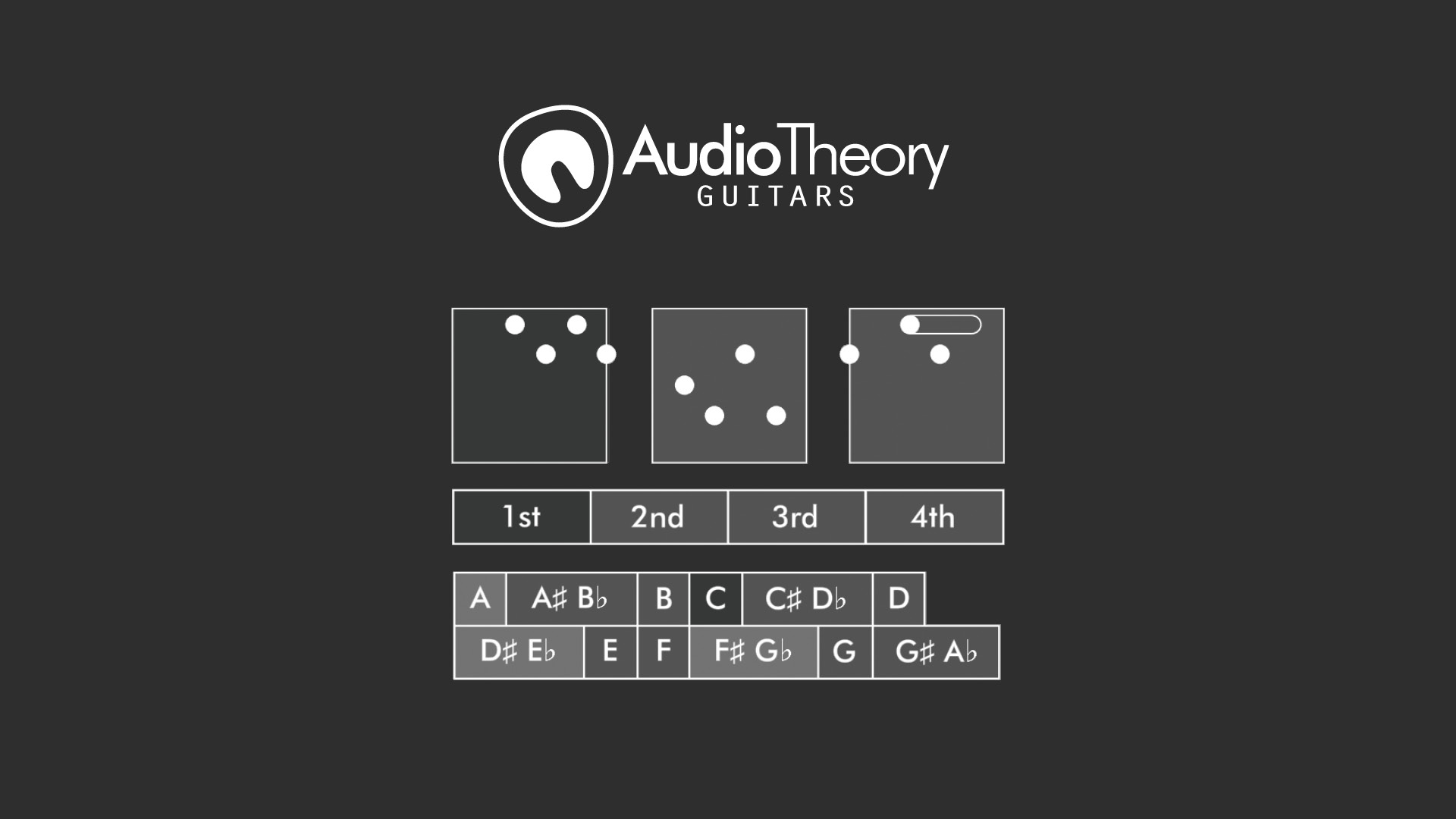 AudioTheory Guitars version 1.11.0 adds Diminished 7 Chords. These are now available as a 4th tab on both the mini-selector popup and full chord sheet page. Adding these in proved to be an interesting challenge due to the numerous ways in which a dim 7 chord can be constructed (different shapes and root positions) as well the chord's symmetry, meaning there are four different chords in any one position! 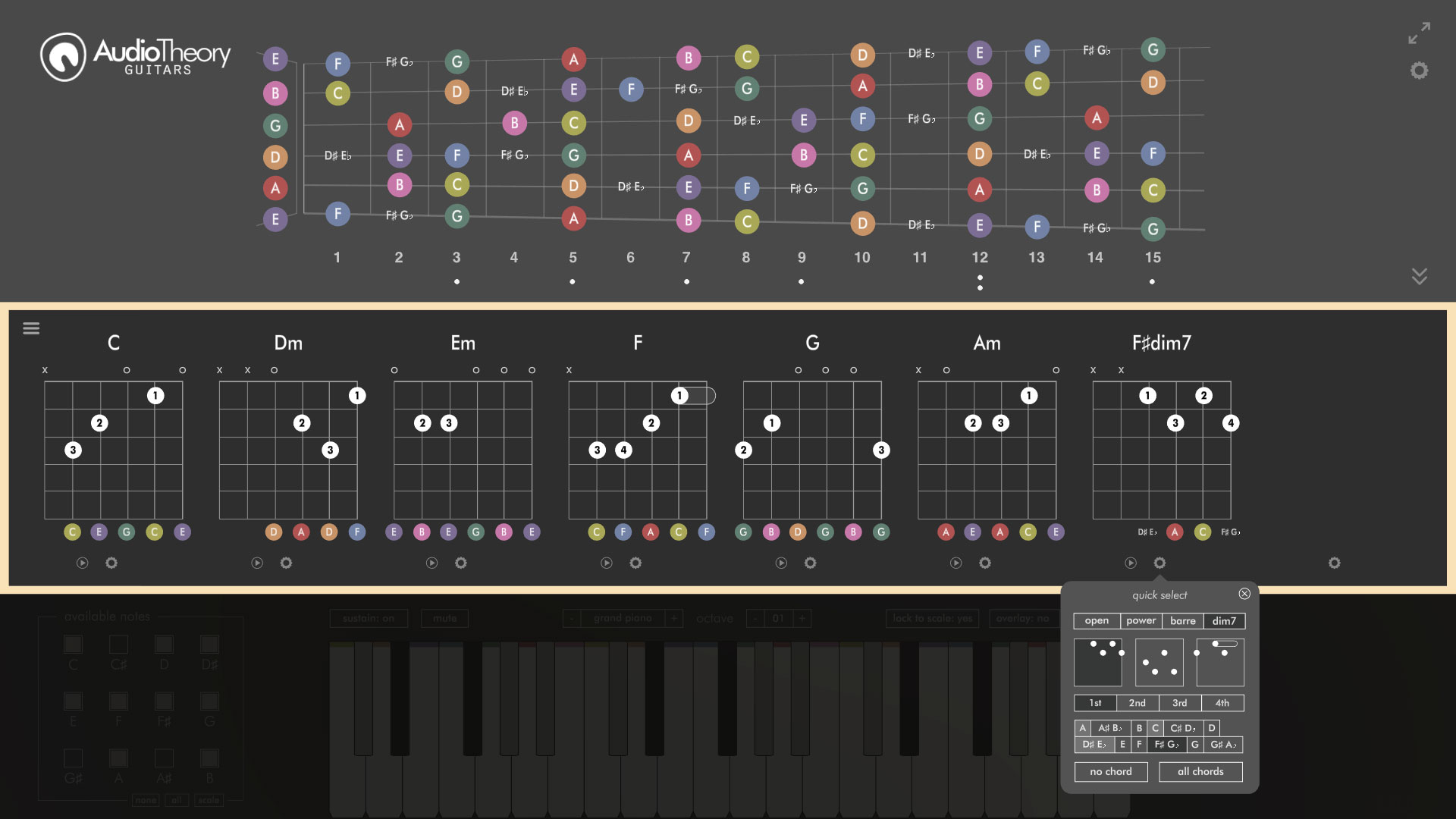 The solution is a more comprehensive selector, where you can build your Diminished 7 Chord from the available options. When a diminished chord is chosen, the additional notes which compose an identical chord are highlighted in light grey. 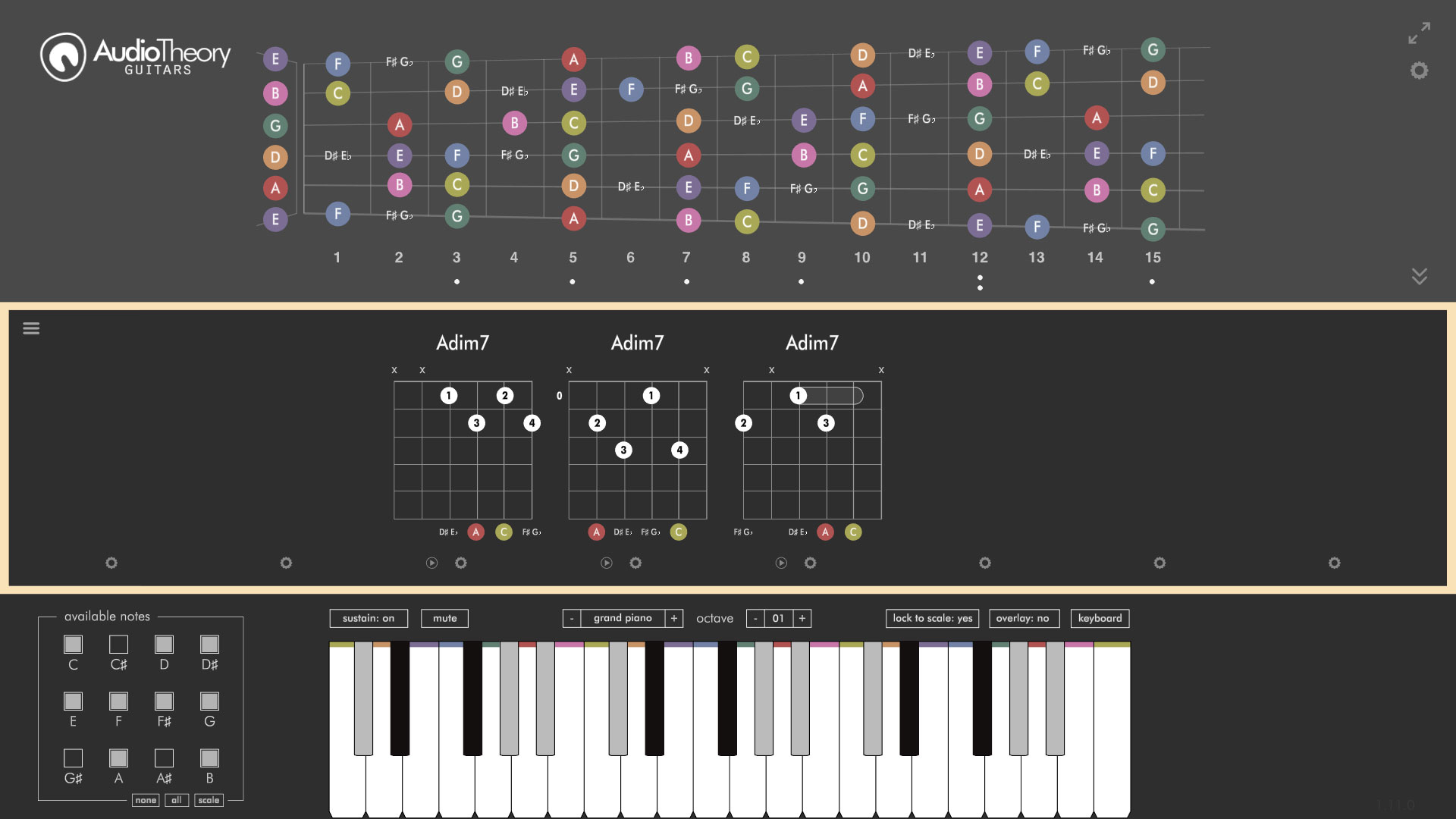 And now for the rest of the features:

Note playback duration The system through which keyboard sound effects are played back has been completely reworked. This now means the playback sound length is controlled by the duration of the piano-key (or fretboard) press.

Sustain effect The above makes possible a new sustain feature. The button for this is on the left, just above the keyboard and can be toggled on or off to include a resonating effect on note playback.

Streamlined mute button To make room for the new sustain button the 'mute' option has been moved into a single toggle (rather than tabbed playback modes, as it existed before).

Quick select modal scales The modal scale presets introduced in version 1.10.0 can now also be selected from the mini-selector (bottom left when the 'scale' button is pressed) as well as the fullscreen sclector.

♭ Glyph The flat glyph icon (♭) is now used across the application.

And to round it all off some miscellaneous bugs have been fixed and a few bits-and-pieces have been reworked behind the scenes to better optimise the application. I'm excited to say that this is the foundation for more updates and features to come in the future!
All updates are free for owners of AudioTheory Guitars. If you purchased directly then you can download the latest version from your Gumroad account. For Steam users, new updates can be downloaded through the Steam client. 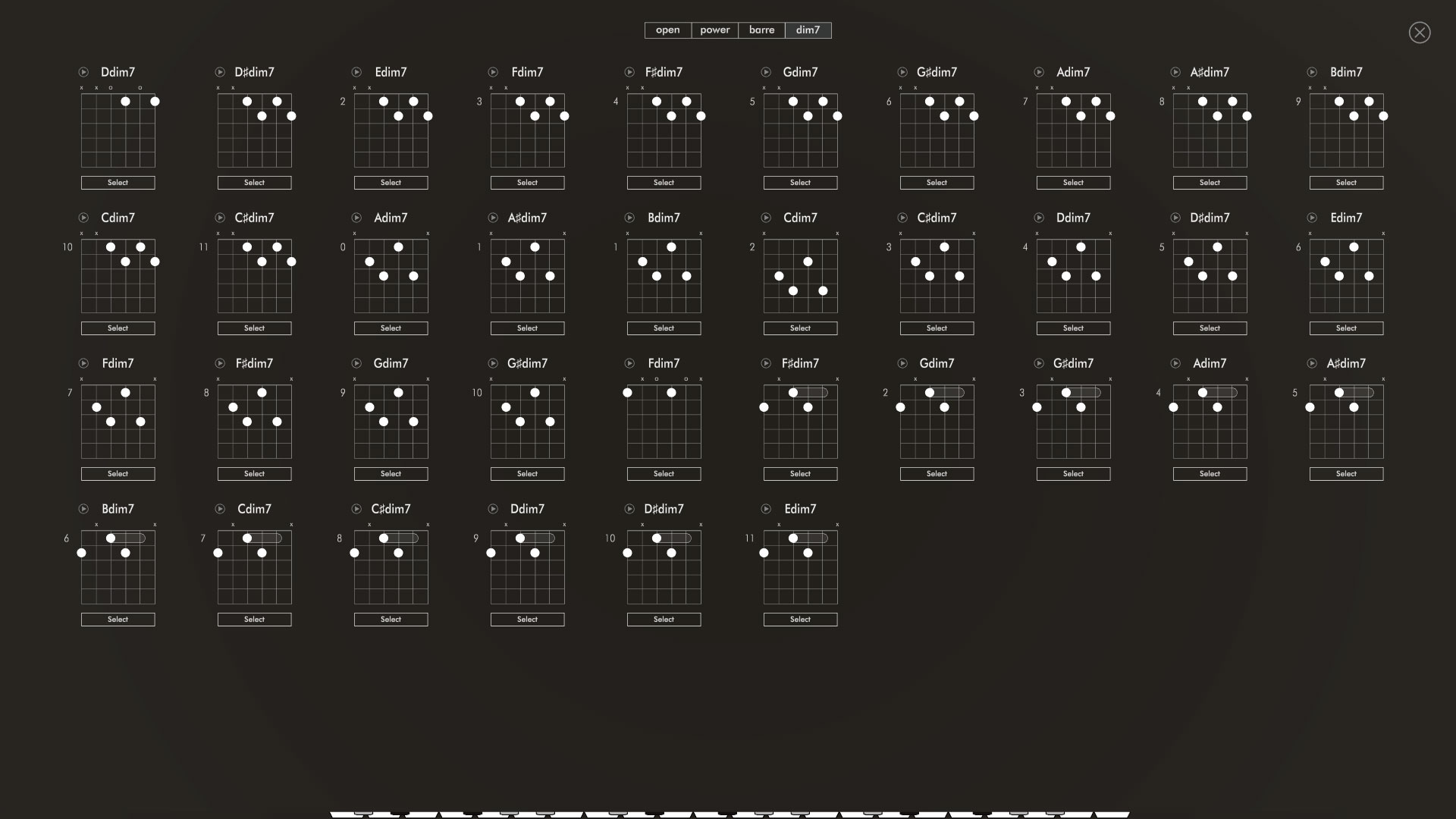