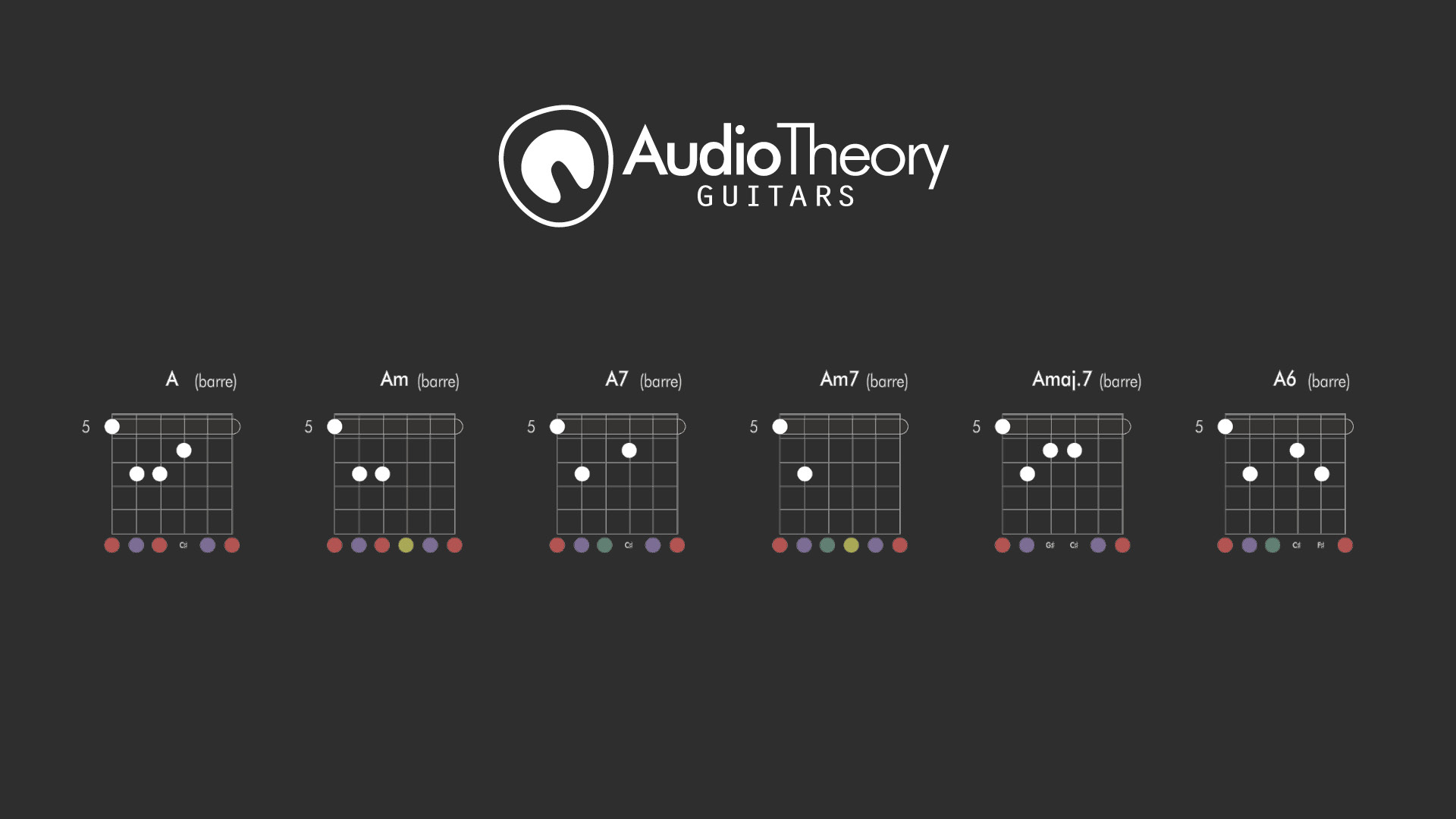 AudioTheory Guitars version 1.14.0 extends the chord library and introduces some new features to support this larger selection of chords. This includes an option to cycle between alternate chord shapes as well as new selector tools. 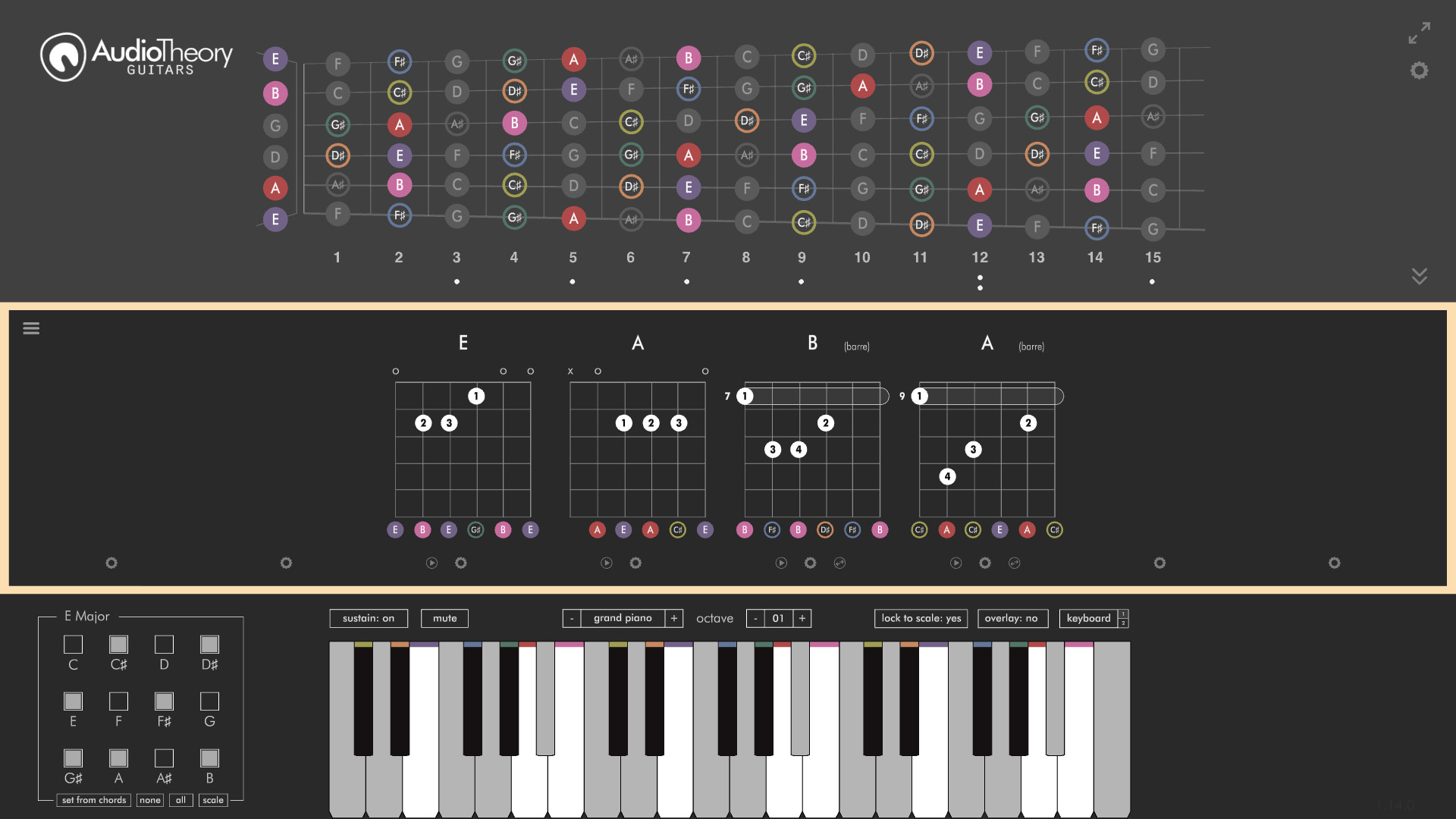 So let's have a look at everything that's new:

–To make this larger amount of chords manageable the mini 'Quick Select' popout as well as the fullscreen chord selector have both been reworked. Barre and power chords can now be loaded by selecting a combination of a root note and chord type.

–Some chords have more than one shape. There is a new 'cycle chord' button which is a circle with two arrows inside it. For any supported chord, this can be pressed to cycle between the alternate shapes.

The following alternate chord shapes have been added:

–Alt. power chord shapes to optionally include an additional root note with the 3rd finger.

–The cycle chord button can be used to alternate Dim7 chord positions (these chords were already in the application but this is a new way to swap between them). 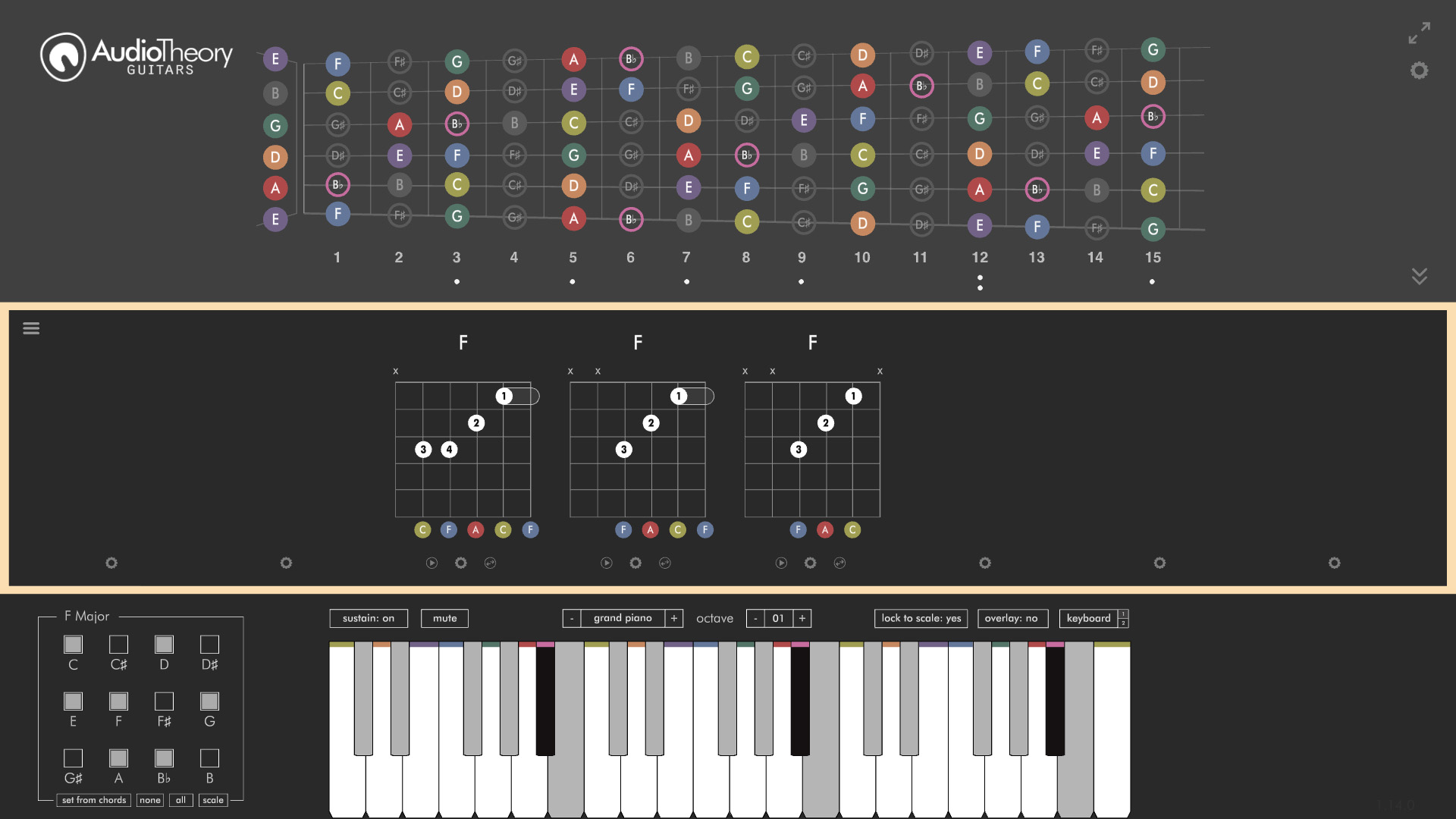 Aside from chords there are a couple more miscellaneous features this update adds:

–The loaded preset file name now displays in light grey above the fretboard.

–Manual scale preset changes (as in adding or removing notes in the bottom left box) are referenced against the main scale library. If a manual combination matches a library preset then this will apply the correct relative scale highlighting (for example if you manually entered in the G Major scale it would automatically adjust the highlighting on the F# note to blue).

–Some miscellaneous bug fixes
All updates are free for owners of AudioTheory Guitars. If you purchased directly then you can download the latest version from your Gumroad account. For Steam users, new updates can be downloaded through the Steam client. 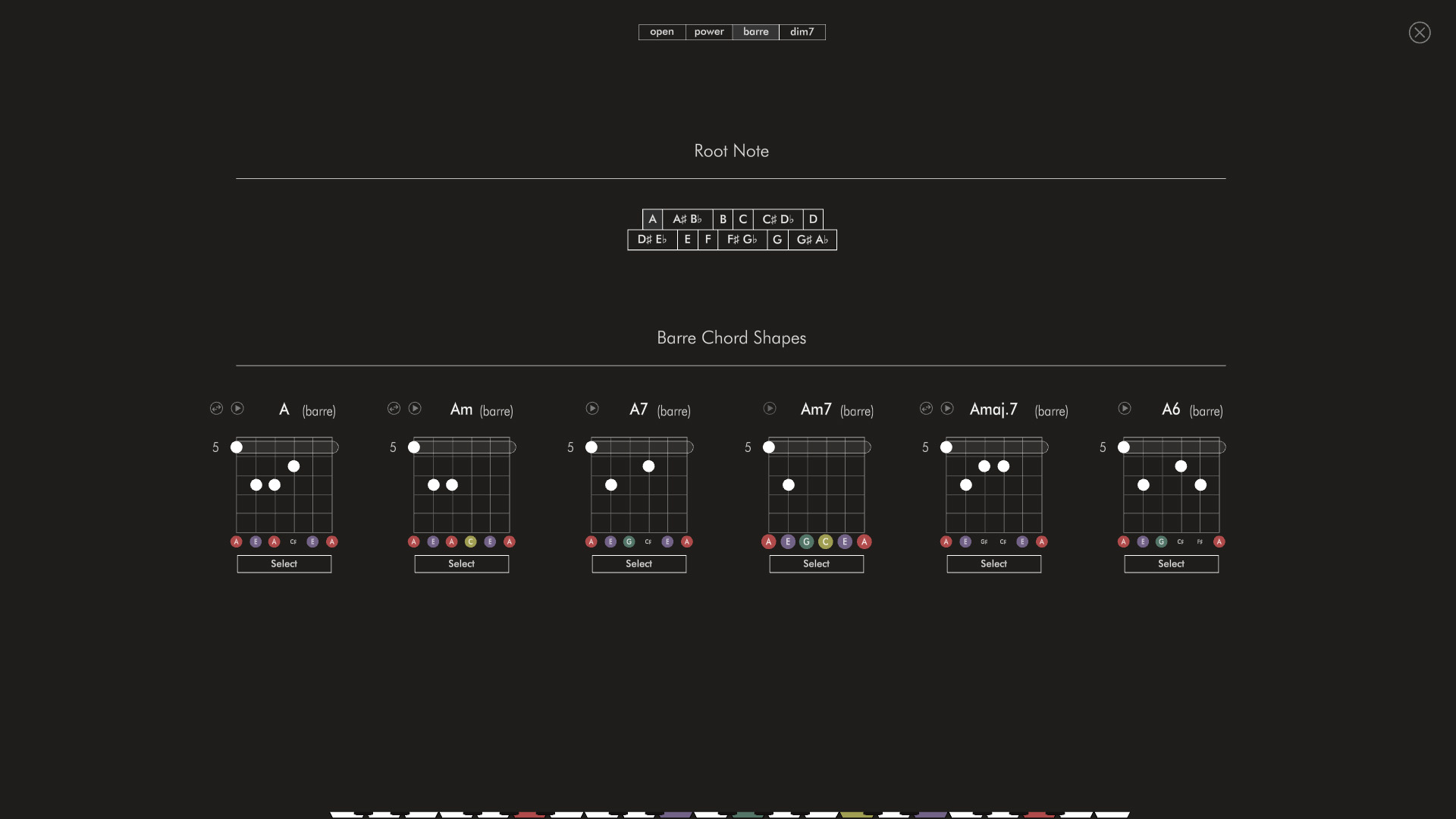