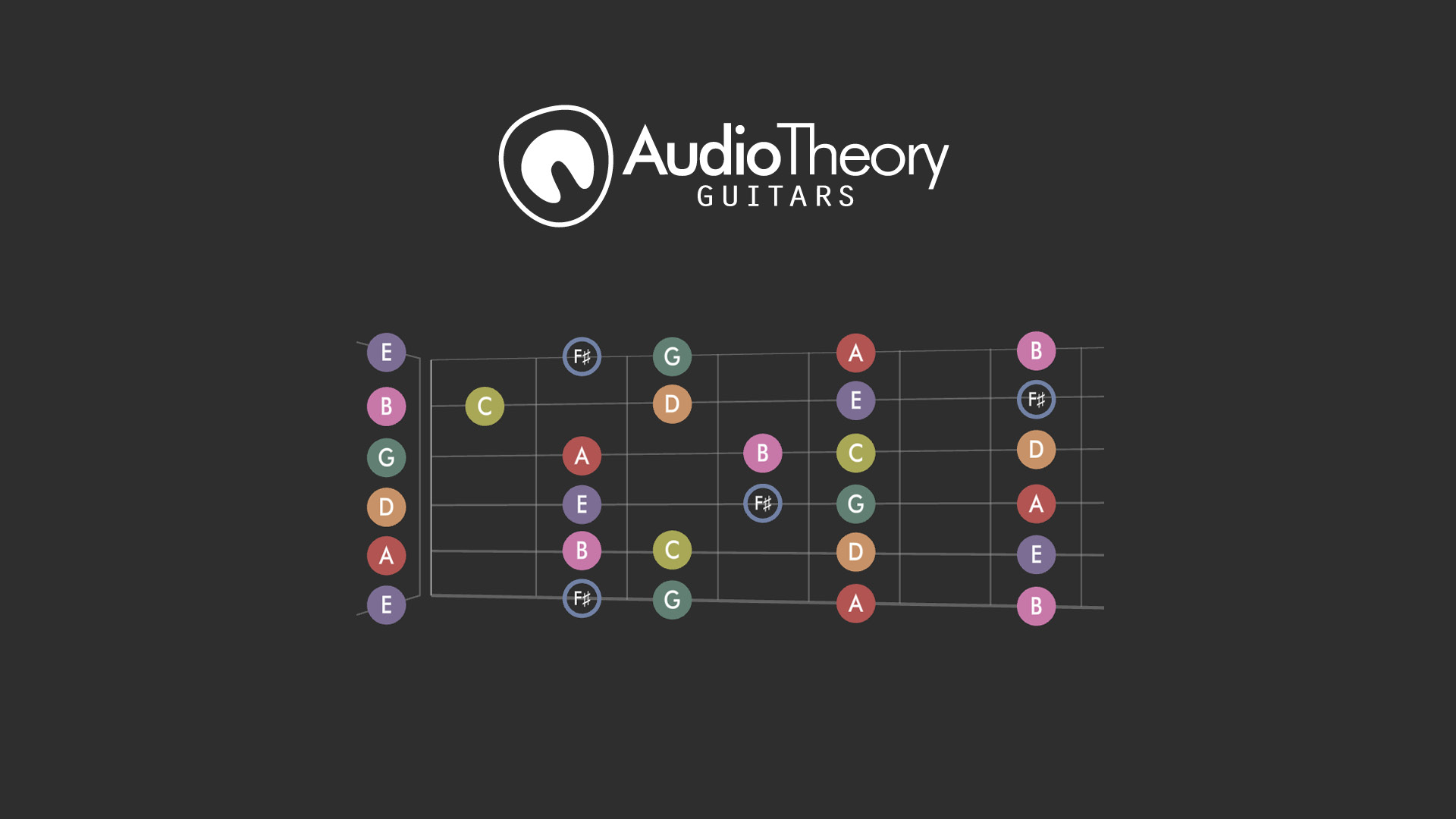 The latest feature update for AudioTheory Guitars is a sequel of sorts, building on the ideas introduced in the Scale Based Highlighting (v1.12) update. This release fully completes the set of improved highlighting tools I have been wanting to bring to AudioTheory Guitars. So don't let the similarity in names fool you – this is another step forward and I hope you enjoy the improvements! 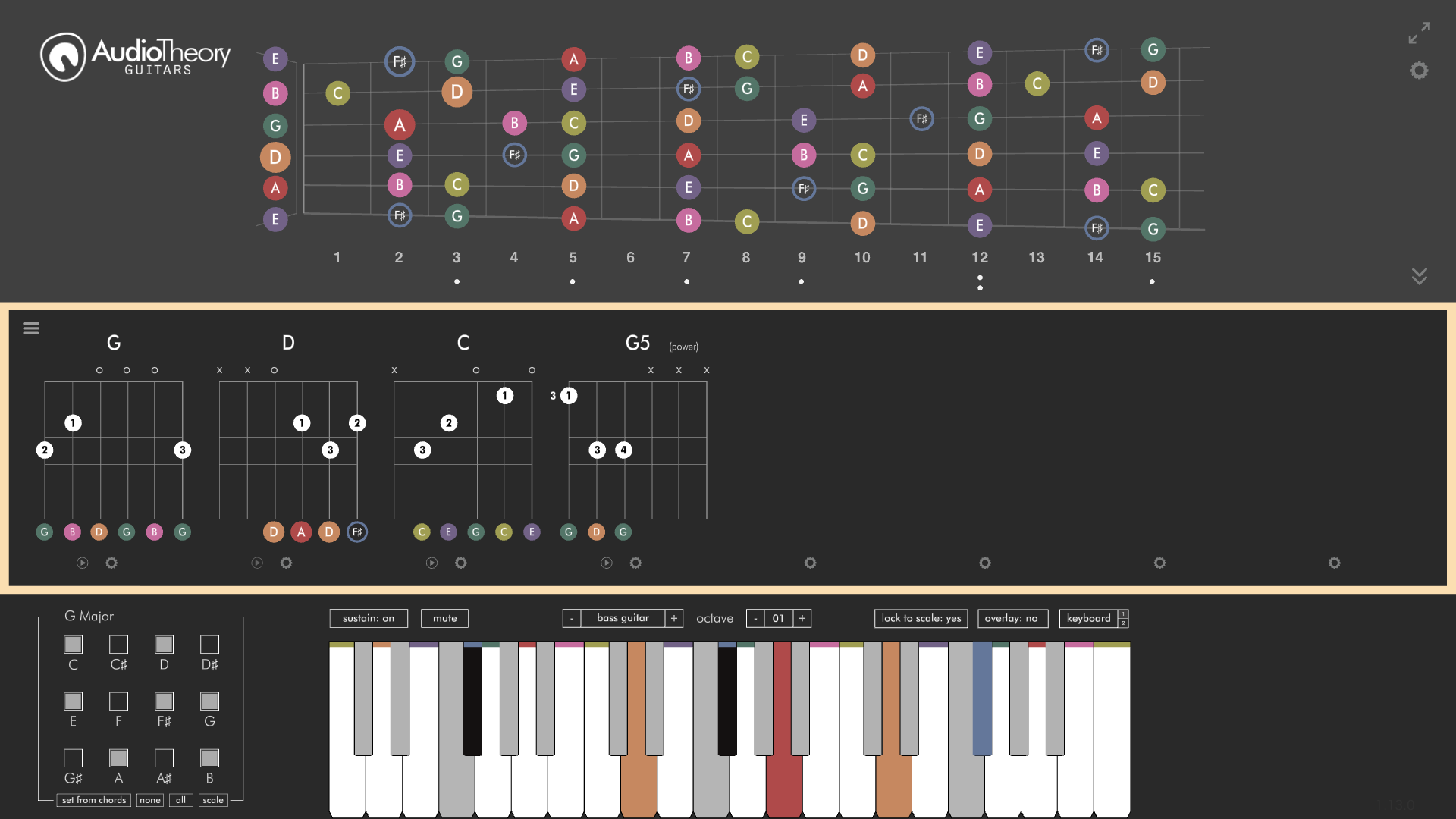 First and foremost this update extends the relative highlighting principles already in effect on the piano onto the chords and fretboard. This means that all Sharp and Flat notes now update dynamically based on the applied scale. These display with an outline indicating the note colour (again relative to the scale!).

This of course requires a scale to be selected, however I have also added some default display options to the 'guitars' tab in the settings cog. This means that when a scale is not loaded you now have the choice between displaying sharps, flats or both (before the only option was both). 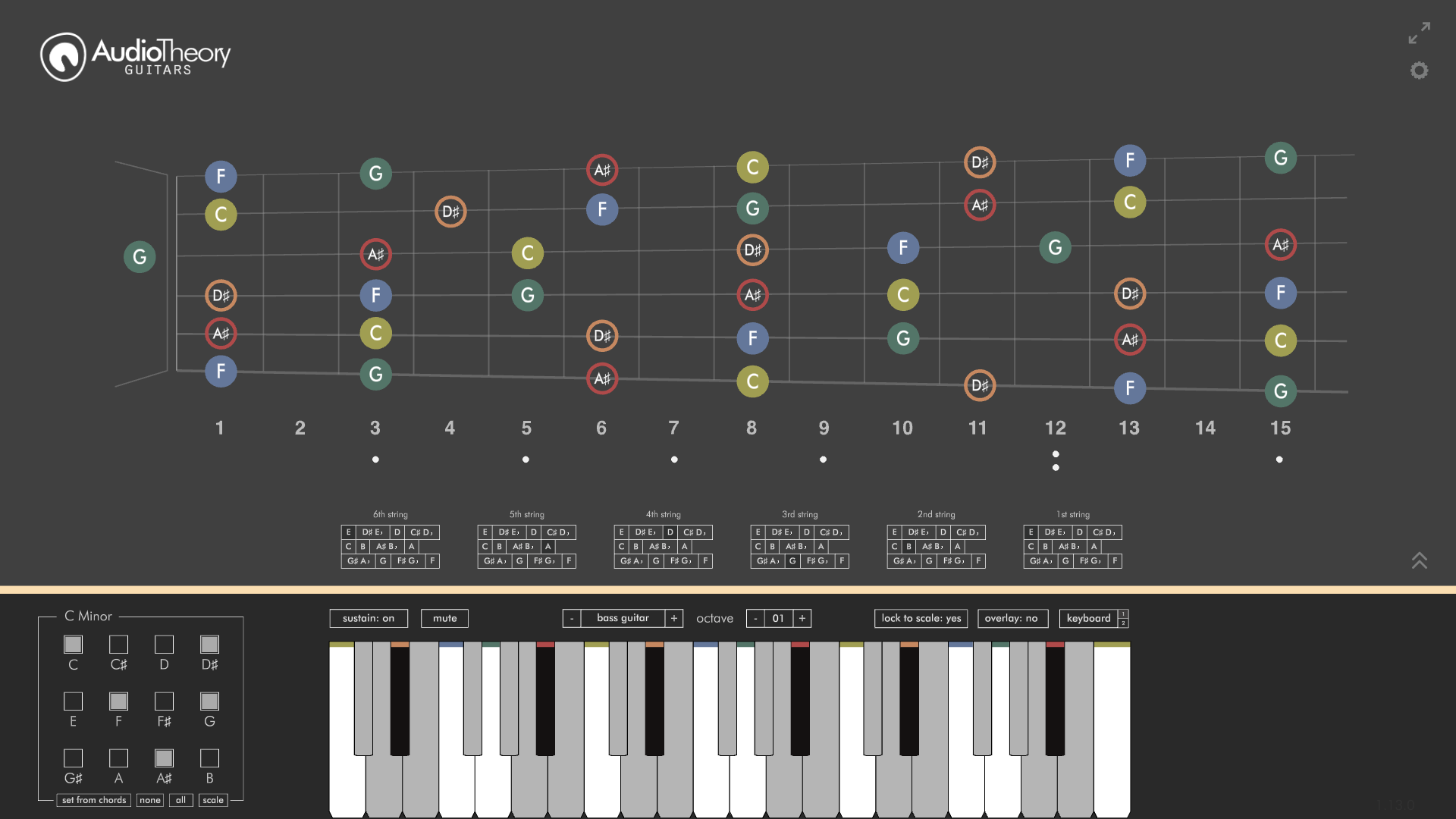 In the spirit of customisation the other big addition is an option to change the note language in the settings.

If you would prefer for notes to be named using the Fixed do convention (Do, Re, Mi... instead of C, D, E...) then this is now supported.

This is a small addition but if you're working on a composition and starting out with chords then it can be a big time saver! There is a new 'set from chords' button as part of the 'available notes' section in the bottom left corner of the screen.

If you press this button then the enabled/ disabled notes will automatically refresh to match the notes within the chords loaded above. If these match any of the main scale presets (major/ minor/ pentatonic or blues) then it will also update the display name and relative sharp and flat icons.

One more small change, the priority of the 'global' and 'exact' playback options in the settings have been reversed so that 'exact' is now the default option. This feature was added post-launch, hence why it was the alternative mode, but reviewing it now it's clearly the more useful of the two so this change reflects that.
All updates are free for existing AudioTheory software owners. If you purchased directly then you can download the latest version from your Gumroad account. For Steam users, new updates can be downloaded through the Steam client. 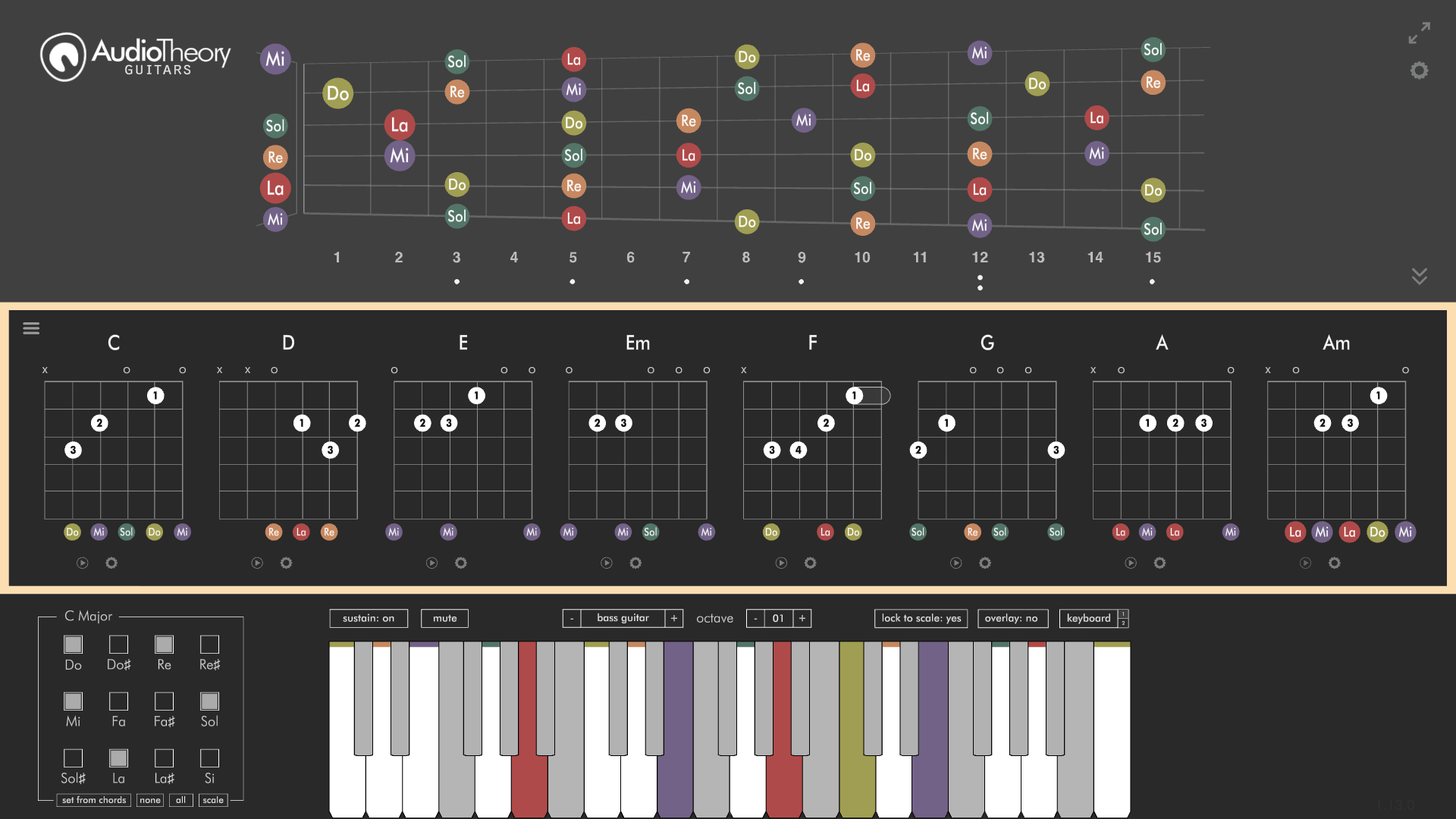